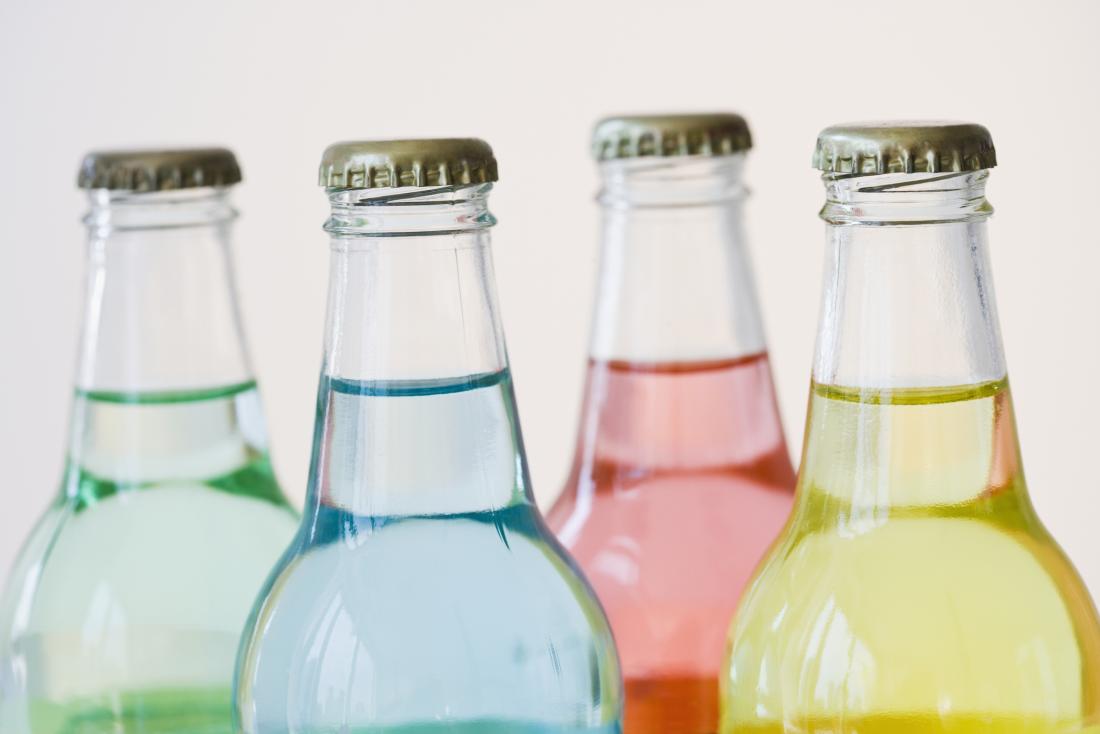 Is there a direct link between the added sugars in soft drinks and the growth of cancer tumors? The findings of a new study may settle this question.

Sugary drinks can speed up the growth of cancer, a study in animal models reveals.

Researchers acknowledge that obesity increases the risk of cancer, and some studies even consider the existence of a causal relationship between this metabolic condition and cancer.

One important factor that can lead to obesity is the high intake of sugar through the frequent consumption of processed foods and sugary beverages.

However, so far, there has been limited research looking at the effects of sugar on tumor growth independently of obesity.

Now, a team of specialists from Baylor College of Medicine in Houston, TX and Weill Cornell Medicine in New York City, NY has collaborated with colleagues from other research institutions to identify a clear link between sugary drinks and the accelerated growth of tumors in colorectal cancer.

In the new study, the results of which appeared yesterday in the journal Science, the research team studied the effects of high-fructose corn syrup in mouse models of colorectal cancer.

The team opted for a solution of 25-percent high-fructose corn syrup because this is the type of sweetener that manufacturers most commonly use as an ingredient in popular soft drinks.

“An increasing number of observational studies have raised awareness of the association between consuming sugary drinks, obesity, and the risk of colorectal cancer,” explains co-author Jihye Yun, who is an assistant professor of molecular and human genetics at Baylor College of Medicine.

“The current thought is that sugar is harmful to our health mainly because consuming too much can lead to obesity,” she continues. “We know that obesity increases the risk of many types of cancer, including colorectal cancer; however, we were uncertain whether a direct and causal link existed between sugar consumption and cancer.”

Sugars in the gut and blood ‘feed’ tumors

By working on mouse models, the scientists aimed not only to confirm the link between dietary sugars and tumor progression but also to learn more about the mechanism at play.

The team conducted the research in mice with early-stage colorectal cancer in which they deleted a gene called “Apc.” This gene encodes a protein with the same name, and its deletion simulated a mutation that characterizes fast-growing colon cancer in humans.

“APC is a gatekeeper in colorectal cancer,” says Yun. “Deleting this protein is like removing the breaks of a car. Without it, normal intestinal cells neither stop growing nor die, forming early-stage tumors called polyps,” she explains.

“More than 90 percent of colorectal cancer patients have this type of Apc mutation,” the researcher points out.

In the first stage of the study, the researchers allowed the mice to drink the sugary beverage freely. As a result, the rodents put on a lot of weight within just 1 month. How do oral bacteria make colorectal cancer more aggressive? Oral bacteria may “help out” colon cancer, new research suggests. Read now

To determine whether or not the corn syrup would boost cancer growth independently of obesity, the team then decided to administer the sugary drink in a way that would allow the mice to ingest it without putting on weight. So, the researchers gave the mice the sugary drink orally through a specially designed syringe once a day for 2 months.

Following this 2-month intervention, the investigators observed that the rodents had not put on too much weight, but they had indeed developed larger, more advanced tumors than the rodents who had only received water.

“These results suggest that when the animals have early stage of tumors in the intestines — which can occur in many young adult humans by chance and without notice — consuming even modest amounts of high-fructose corn syrup in liquid form can boost tumor growth and progression independently of obesity,” Yun points out.

“Further research is needed to translate these discovery to people,” she admits, though she goes on to add that, “however, our findings in animal models suggest that chronic consumption of sugary drinks can shorten the time it takes cancer to develop.”

“In humans, it usually takes 20 to 30 years for colorectal cancer to grow from early-stage benign tumors to aggressive cancers,” says Yun.

In a further stage of the study, the research team went ahead and looked into the potential mechanisms by which the sugar in corn syrup fueled fast tumor growth.

First, the scientists found that mice with the Apc mutation that received moderate daily doses of the sugary drink had high amounts of fructose and glucose — two different types of sugar — in the colon as well as in the blood.

This finding, the researchers explain, suggests that cancer tumors were able to collect and use these sugars through different routes.

Next, the scientists used specialized, high-sensitivity tools to establish the fate of the two sugars in colon cancer tumors, and they found out that fructose underwent certain chemical changes in the body, which allowed it to boost glucose’s tumor-promoting effects.

“Most previous studies used either glucose or fructose alone to study the effect of sugar in animals or cell lines,” notes Yun.

However, she continues, “We thought that this approach did not reflect how people actually consume sugary drinks because neither drinks nor foods have only glucose or fructose. They have both glucose and fructose together in similar amounts.”

“Our findings suggest that the role of fructose in tumors is to enhance glucose’s role of directing fatty acids synthesis,” says Yun. “The resulting abundance of fatty acids can be potentially used by cancer cells to form cellular membranes and signaling molecules, to grow or to influence inflammation.”

In a final step, the scientists engineered mice that already had the Apc mutation so that they also lacked either the genes that help regulate fructose metabolism or those that play a role in fatty acid synthesis.

This experiment revealed that the cancer tumors did not grow at an accelerated rate in either of these groups of mice. This result contrasted with the situation of Apc-model mice.

“This study revealed the surprising result that colorectal cancers utilize high-fructose corn syrup, the major ingredient in most sugary sodas and many other processed foods, as a fuel to increase rates of tumor growth,” notes study co-author Dr. Lewis Cantley, from Weill Cornell Medicine.

“While many studies have correlated increased rates of colorectal cancer with diet, this study shows a direct molecular mechanism for the correlation between consumption of sugar and colorectal cancer,” Cantley adds.

Furthermore, according to Yun, “[these] findings also open new possibilities for treatment. Unlike glucose, fructose is not essential for the survival and growth of normal cells, which suggests that therapies targeting fructose metabolism are worth exploring.”